On August 12th, the 2016 Summer Olympic Games were in full swing in Rio de Janeiro, Brazil.  On this day, the US Women’s Volleyball team kept up their undefeated winning streak by serving a defeat to Italy.

On the same day back in Laguna Hills, California, Blytheco employees served up homemade smoothies while displaying Olympic pride for a worthy cause.

#BlythecoOC team members dawned red, white and blue for the day and stopped by the corporate office’s break room for refreshing smoothies.

In spite of blender issues and extremely icy drinks, there was an overabundance of smoothies to lap the office several times!  Team members were encouraged to make a donation in any amount for the frosty snacks.

In the end, $98.50 was collected and contributed to our team’s annual participation in fundraising for Relay For Life.

Thumb through pictures from the event below. 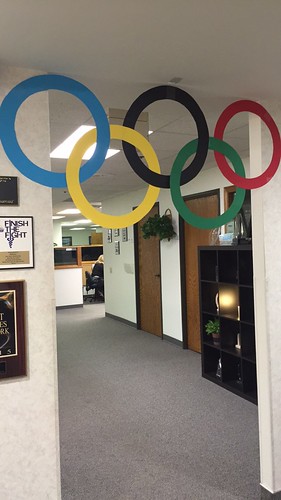 Click here to learn more about Blytheco’s involvement with Relay for Life.

And if being a part of a team who loves to give back is attractive to you, check out some of our open positions.

Tell Your Customers What to Buy – They Want You To!

As you may have heard, we had some massive storms this weekend around here. So…