Why have fun in the sun when you can stay cool as a cucumber in an upscale environment?

That’s what the team members at Blytheco’s Tampa, FL location opted for when they planned their summer fun event.  Never mind that it was held on September 17, 2016; the temperatures proved summer was still in full swing!

Splitsville, a high-end bowling experience, was the setting for the event.   The team enjoyed a relaxed cocktail hour along with a filling buffet of food.

Just about  all the #BlythecoFL team members were present (along with spouses and significant others) for the festivities: Tina Renner, Kevin Rupert, Lisa Gerberick, Jimmy Thomas, Vicki Fox David, Ronnie Renner, Erin Haney and Kathy Lemley.  COO Lori Seal traded in her normal California sun for Florida fun to be with the team.

Laughter was plentiful as the team bowled  unhurried games.  Ronnie, who didn’t initially want to bowl, ended up with a 136, the highest score of the night.

Erin swears she would have had a higher score if her lane didn’t malfunction as her ball was rolling towards what was looking like a perfect strike.  The guard came down and swept away the ball and pins (and her first place victory) prematurely.  That’s her story and she’s sticking to it as the evening’s second-highest scorer!

The evening ended with everyone receiving a gift bag which included participation trophies and finger games to keep the fun going long after the night was over.

Check out pictures of the event here. 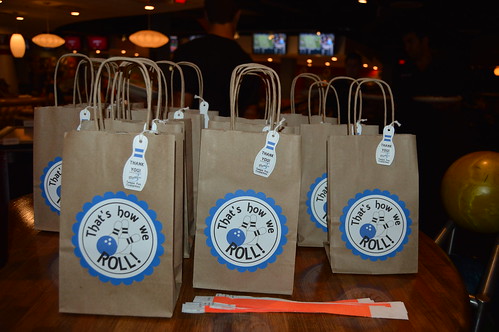 If you love the way the Blytheco team works hard and play hard, consider joining us.  Check out some of our current open positions here.

NetSuite has announced the new features and functionality available in their Release 16.2 coming out…

What You Need to Know for Feb. in Human Resources and Employment Law

Here’s the latest: 1. Fun with FMLA – How does an employee who is not…

In Part I of our blog post, we discussed the concept that a business has…

[WEBINAR] Beauty Products Manufacturing: What Challenges Does the Future Hold?

From pending safety legislation to customer claims against beauty products to unknown future challenges, the…